Two short stories and one micro fiction piece in the anthology Chord & Discord, a collection of music themed stories. Here’s an excerpt from one of the stories. 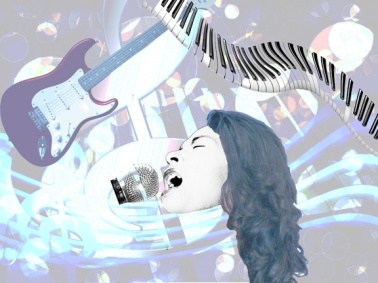 First time I saw Lila was at the Mint, over on Pico, back in the ’90s. She was on stage at an open mic night. It was the twenty-fifth or -eighth or some too-high number of nights spent checking out singers at L.A. clubs, and I was feeling older than God at that point, or at least as tired. But my band needed a singer up front, instead of me frogging away while I banged on a Hammond, so the search continued.

She introduced herself as a folk singer and did a song titled “The Dutchman” about an old guy in Amsterdam. It has a killer chorus about his wife Margaret who remembers him as he was when they were young. And, yes, as I found out later, it is a folk song—God bless Michael Smith and Steve Goodman—but Lila turned it into a torch so hot it left the walls smoking. Separate a tune from its original beat, pace it according to pain and longing, and you can send shivers through every heart in the room.

Eight notes in and I knew I’d found my singer. Her voice shot me right out of my seat and up to the side of the stage. Thin as a quarter note with lots of black hair and brown eyes, she had the finesse of Ella and the power to blow the roof off the building.

When she’d finished—even before she’d finished—people whooped and clapped, wiped tears away outright, or coughed and pretended their eyes were just irritated by their cigarettes.